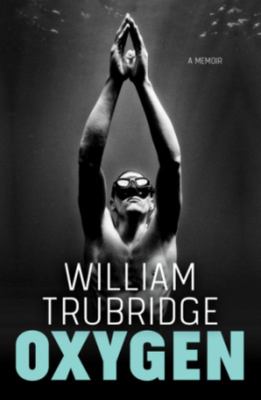 The incredible under-water world of William Trubridge. A memoir of an aquatic affinity, the power of the subconscious mind and testing the limits of human physiology. William Trubridge spent his childhood on a sailing boat, waking to the sound of the sea. He set off for New Zealand from the UK with his family as an 18-month-old, spending the next ten years with the ocean as his school and his playground. He suffered a great deal of mental turmoil when eventually his family arrived in Hawke's Bay, where he had to stay on land to attend high-school. Not long after he finishing, William set-off for the Bahamas to learn the art of freediving, a form of breath-hold diving without assistance. He's still there today, where he trains and teaches at Dean's Blue Hole, the deepest sea water sink-hole in the world. Described as 'the greatest freediver of them all,' William Trubridge is a 16 times world freediving record holder. He broke his own world record at Dean's Blue Hole in 2016, a dive he described as 'terrible' - he feared he was going to black out before he reached the surface. In a sport where there are between 40 and 60 fatal accidents every year, it's not surprising William has had his fair share of close calls, one of which took from him his sense of taste. Freediving is one of the oldest and most intriguing relationships humans have with the ocean. It requires building a tolerance to oxygen deprivation and the feeling of suffocation, coping with immense water-column pressure, increasing lung capacity by expanding diaphragm muscles and stretching areas of the body seldom used. William has studied the techniques of sea mammals to test the limits of human physiology, and his experiments make for incredibly gripping reading. But this is not just a book about freediving - it is a book about one man's wonderment with the ocean, its creatures and ecology. Exquisitely written, the book is a meditation on life and death, risk and mental toughness, dharma and discipline. There are also strong messages on overcoming life's adversity, whatever that may be, and how almost everyone's greatest adversary is actually, in the end, one's self.